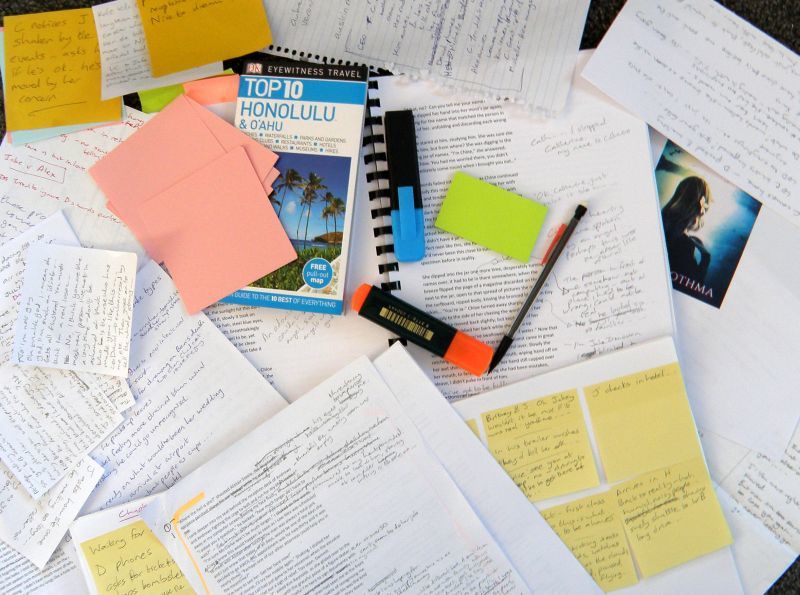 I can't believe it's been almost a full year since my last news post.  Despite good intentions in July of last year to get back into my novel, after I spent three weeks reworking the first chapter, I gave up. Instead I spent the next five months working on my article The problem with mental illness. The piece was only 2,650 words but started out at around 8,000 – far too long for an article and it took me till December and numerous rewrites to boil it all down into something that worked.

I had high hopes for the article, I really hoped that this one would be the one that finally went viral, but alas six months later it has only been read 100 times. Although of those, five people marked it as a favourite, so although it has not been widely received, it has been well received.

Writing the article took more out of me that I expected and though I wanted to get back to my novel after finishing, I just had no motivation to do so, or to do any writing for that matter. I was beginning to worry I might have lost the inclination altogether. 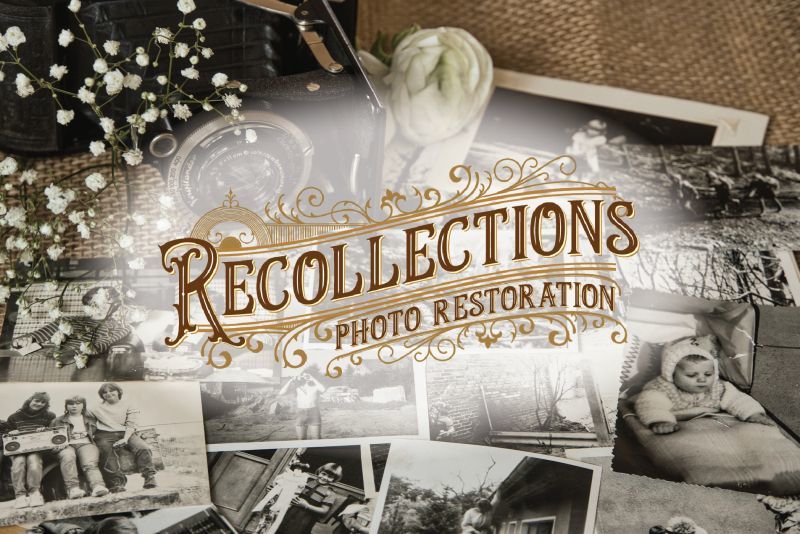 My financial situation moved to the centre of my attention, worrying about making ends meet while depending on social welfare for a tiny income is a pretty big creativity killer. I used some credit to get some new tech equipment with the idea of setting up a photo restoration service. An idea that came to me while sorting through the boxes of photos and albums I inherited from my parents. It seemed more economical to buy a photo scanner and Photoshop Elements and do the restoration myself than pay for someone to do it. And if I was going to do that, then why not turn it into a side-line business? So, Recollections Photo Restoration was born.

It started well, I got a lot of support from family and friends when I launched it on Facebook, but within a few weeks interest dried up and without word-of-mouth promotion it’s pretty much dead in the water since I cannot afford the enormous costs of advertising.

Back to square one. Again. Just like all my other useless side-line business ideas. My mood continued to worsen. It didn’t help that the activity that inspired the idea – sorting through my parents’ pictures – brought up a lot of memories, emotions and feelings of inadequacy. All my life I had tried so hard to make them happy, to make them proud, be the daughter they wanted me to be, but I had failed and now they’re both gone and I was left trying to work out what I was supposed to do with the rest of life when my main motivation for so long was now removed. Who the hell am I now? What’s the point of doing anything at all? What was even the point of my existence?

I wouldn’t say I necessarily felt depressed, just tired. So tired, disillusioned and unmotivated, so the next time I saw my GP I asked him for a referral to a free counselling service since I can’t afford to see a counsellor privately. It’s not that I thought a counsellor would be much help; it’s just that it would’ve been nice to have someone outside of my life to talk to. It’s been several months and I’ve heard nothing back. I guess I should feel relieved 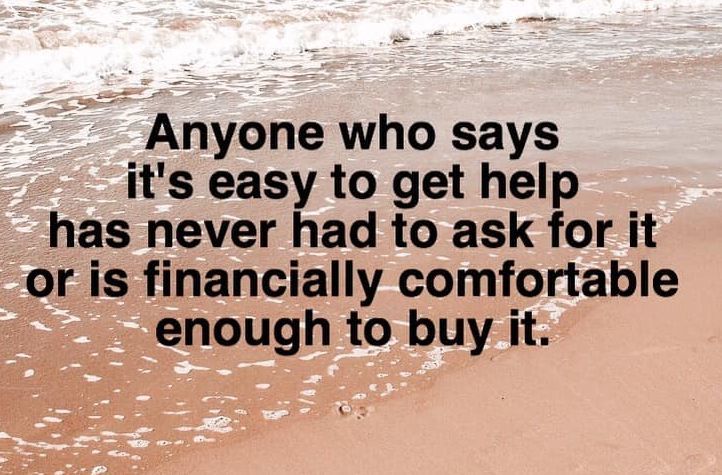 that I’m not considered a crisis case, but it’s a poor state of affairs when it’s only the crisis cases that get seen. It’s no surprise that people exaggerate their situation or go to desperate measures to get attention. It’s shameful that those who are perpetually brushed aside as low priority will one day hit crisis point and then people will have the audacity to turn round and ask why didn’t they seek help sooner? This is why it annoys me when people say there's no shame in asking for help as if ‘shame’ is the problem. The real problem is that asking for help doesn’t guarantee you’ll get help.

Anyway, I digress. One of my side-lines has been making craft video tutorials for SkillShare. After spending several weeks creating another series of workshops on card making, they rejected my videos saying they did not meet the criteria! After publishing over 150 of my videos they now decided to tell me that the way I was formatting them was wrong! I was fuming.

I changed the videos accordingly and they rejected them again, so that’s when I decided to give up. It’s simply not worth the effort. It brings in a little bit of pocket money each month but hardly enough to say goodbye to the unemployment assistance.

My move to the small farming town of Pahiatua in New Zealand meant I was able to stop renting and purchase a house without a mortgage (which I didn’t qualify for anyway) with my parents’ inheritance but in the process, I shot myself in the foot. As far as employment opportunities go, here they are mostly retail and manual labour jobs. Occupations that require a lot of standing for long hours, lifting heavy objects, handling things that would require wearing gloves – all things that I simply can’t do thanks to my health conditions. So though I feel a lot of guilt and shame for being one of those people who 'sponge off' the system, I really do have a valid reason. Recently though, I’ve decided to view it more as an early retirement since with my health conditions and family medical history, it’s unlikely I’ll live long enough to see my pension. Not that that bothers me – I can’t think of anything worse than living into one’s nineties when one has no family of one’s own. I’d be the poor old dear at the rest home, sitting in her wheelchair parked in a corner gathering dust that no one has visited in almost two decades. Yeah, no thank you; I’ll pull the plug myself if I have to.

Anyway, I looked at focussing on my own YouTube channel, but learning that you have to have over 1,000 subscribers before you can sign up for monetisation and then you only get paid per 1,000-odd views put paid to that idea pretty quickly. The few videos I have uploaded in the last two or three years have only received a handful of views. It’s impossible to compete with the millions of similar videos out there especially those who have near-professional home studios and film production.

Back to the drawing board. I still thought my crafting has some merit so I did some reading on Amazon Kindle Publishing to find out how to create books using their platform. I know there is a Word extension you can download that pre-formats as you work, but that’s only for text. I wanted to create picture books. I obviously hadn’t looked too closely when I first visited KDP a few years ago. There was a whole section on print specifications for the sizes of books they can print – a language I understand – and joy, I can do it all in InDesign without having to download anything or learn a new program!

I love making books, so this was a great discovery. And thanks to setting up my photo restoration service I now have the Photoshop skills necessary for creating professional images to use in my books. So much easier than making videos and no one has to see my ugly eczema-riddled hands! If I do have to show my hands in the photos, I can Photoshop out the blemishes, yay!

So, I am now working on my first craft book about a card making technique I developed. I’ll be publishing it and future crafting titles under the imprint One Crafty Zebra. 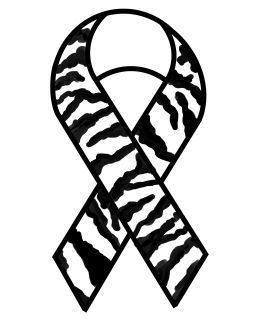 The zebra print is used for the awareness ribbon for Ehlers-Danlos Syndrome, which is one of the conditions I have. I also like the term ‘crafty’, because as a single person living alone with chronic illness I have had to become pretty resourceful at doing things on my own with no one around who I can ask for help, so yup, I’m both crafty and crafty.

I’ll also be setting up a dedicated website for One Crafty Zebra where I will sell knitting and sewing patterns and other bits and pieces. If you’re crafty too then be sure to follow me on my One Crafty Zebra Facebook, Pinterest and Instagram pages.

Working on a project helped to improve my mood, yet I still struggled with my existential angst. But then, an anniversary changed everything.

Twenty years in New Zealand. Twenty years in Cape Town. I was born in Pretoria and we moved to Cape Town when I was six. I moved to New Zealand when I was 26. It delineates my life so far into two distinct parts. Twenty-six years in South Africa growing up, learning, travelling, exploring, building my confidence, definitely the better part of my life.

Then 20 years in New Zealand, which didn’t go according to plan. A lot of disappointments, wrong choices, heart breaks and far too much moving from one place to another. A lot of wasted time. Failure to become the daughter my parents wished I would be – I never built a career they could  show off to their friends, I never married, never provided the grandchildren my mother so desperately longed for. I failed. 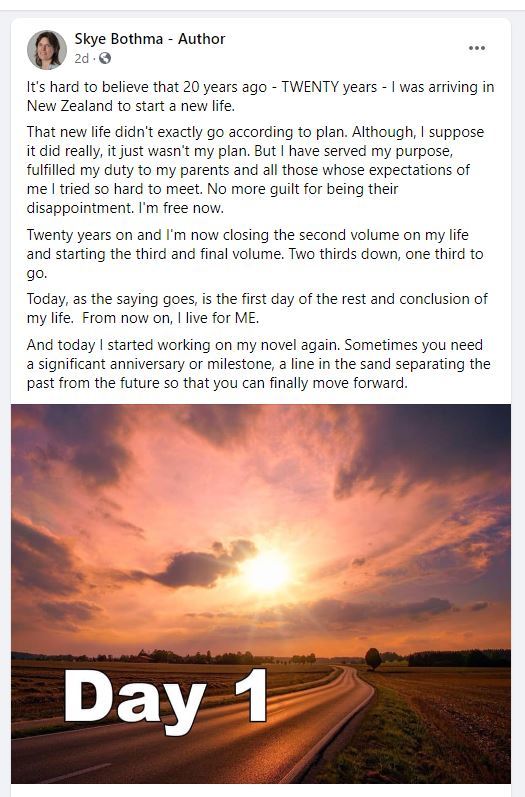 I spent the last 20 years trying to fulfil their plan, not mine. I had wanted to go to Canada, pursue writing, maybe get into film. I already had a friend in the industry that owned Ajatan studios in North Vancouver who  could have helped me. But before I could take the leap of faith I needed to make, my parents made the decision to move to New Zealand and that plan hinged on me going first and sponsoring them to move over a year later. I couldn’t say no, couldn’t rebel, couldn't defy them, couldn't let them down, so I played the dutiful daughter and somehow my plans got lost in the endless quest to finally make them happy and proud of me.

Although it’s been almost two years since I lost Mum and sold up my parents’ estate it has taken this anniversary, to finally close that second volume of my life. I served my purpose and fulfilled my duty to my parents and all those whose expectations of me I tried so hard to meet. I may not have succeeded, but I no longer feel guilty for being their disappointment. Their disappointment, not mine because it was never my plan I was trying to fulfil. Though I feel sad regrets that I sold out, let a possibly-amazing opportunity slip through my fingers – it's too late to try now. Ajatan has closed its doors, it's owner enjoying a well-deserved retirement and even if I had the means to move there now, I'm the wrong side of 40 and my health issues would mean an instant fail of the immigration medical.

I have the regrets, but the disappointment, the feelings of failure are gone. They were never mine to begin with. I'm free now and there is still time for me to do the one thing I am good at, the one thing I've always wanted to do: write.

If that referral to the counsellor was actually made, they can cancel it now. Writing has always been my best therapist. Since writing that Facebook post, I have pulled out the draft of novel and started going through my notes and the ideas are bubbling up again and I’m feeling full of excitement about finishing it at last. It no longer feels like a chore like it did when I last tried working on it. Now I’m rearing to go and can’t wait to get it published. Watch this space!